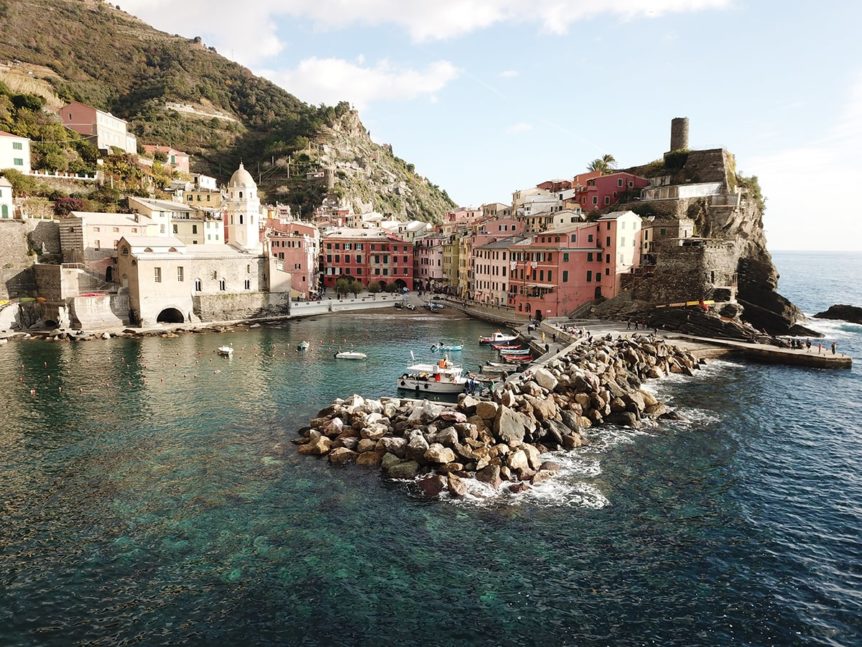 Vernazza is the most chic and exclusive of the Cinque Terre. Its small square, for its romantic atmosphere, with its unmissable sunsets, full of bars and restaurants in front of the marina has always been frequented by artists, celebrities, Italian and international entrepreneurs. After the flood of 2012, the archistar Richard Rogers, thanks to the funds raised by the non-profit organization Save Vernazza, carried out a series of street furniture and lighting interventions that gave the country new beauty, while fully respecting the landscape and architectural balance. pre-existing.

Nestled between rock and sea, crossed by narrow alleys that branch off from the main street between vaults and arches, with the small bay overlooked by the splendid church of S. Margherita d’Antiochia, the village of Vernazza represents an authentic experience for the visitor. of emotional tourism. In Vernazza the millenary history intersects with the Ligurian gastronomy of excellence and the colors of the sky, the sea and the hills above, dotted with vines and Mediterranean scrub.

In the upper part of the town, after the railway station, the paths that connect Vernazza with the other towns of the Cinque Terre start. In addition to the Church, not to be missed are the remains of the city walls, the Doria Castle, the 11th century watchtower, the Belforte, and the Tower of the Convent of the Reformed Fathers of San Francesco, vestiges of the past of the Maritime Republic under Genoa and frequent armed skirmishes against Saracen pirates.

For a young audience, the strong point are the numerous places overlooking the marina, where you can spend enchanting moments sipping an aperitif. Vernazza has a good tourist accommodation, which favors medium and high category offers, up to luxury. The best way to reach the town is by sea, with our Cinque Terre Ferries service. It is also very impressive to arrive via the paths, while the use of the car is not recommended due to the poor condition of the road and the lack of parking spaces.