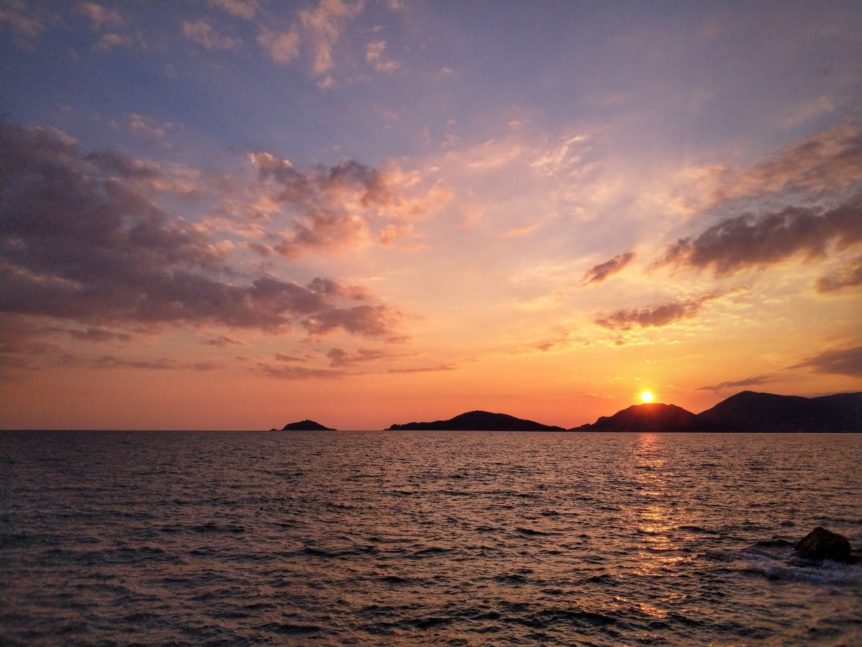 A gulf like this is unique you won’t find it in the whole Mediterranean. This is the most recurrent phrase pronounced with pride by those who live in the Gulf of Poets, a natural bay with the city of La Spezia in the center and the enchanting villages of Lerici and Portovenere at both ends. An environment so suggestive that it has been a privileged destination for exceptional travelers over the centuries.

George Sand, the poets Lord Byron, Percy Shelley and his wife Mary Shelley in the early 1800s stayed in a villa in San Terenzo, a seaside village in the municipality of Lerici, with great scandal among the notables of the local community who did not see good eye the licentious behavior (the cheerful brigade practiced nudism and threw wild parties) and the radical ideas of those English guests. Other writers and writers who passed through the Gulf of Poets include Charles Dickens, Henry James, Virginia Woolf and David Herbert Lawrence. A futurist poem by Filippo Tommaso Marinetti is dedicated to the Gulf of La Spezia and Gabriele D’annunzio was also an enthusiastic visitor. In more recent times Franco Fortini, Pier Paolo Pasolini, Attilio Bertolucci have also passed from the Gulf; Mario Soldati died in his home in Tellaro and Eugenio Montale stayed for years in Monterosso. The Gulf of La Spezia is also mentioned in one of Hemingway’s Forty-nine stories.

The panorama of the Gulf, squeezed between sea and hills, with the Apuan mountains in the distance, also inspired many artists such as the painters Turner and Bocklin; but the most illustrious guest of all was Sandro Botticelli, who stayed in the hamlet of Fezzano, so much so that some art history scholars have come to affirm that Botticelli’s Venus was actually a Genoese noblewoman in love with the artist and that in the background of the painting you can see the Varignano promontory and the Palmaria island.

Today, to savor all the extraordinary beauty, which has resisted even in spite of the military arsenal and the merchant port, of this gulf, just get on the Lord Byron of the Cinque Terre Ferries line and fully enjoy the spectacle of the crossing from La Spezia to Portovenere. For a few moments we can also feel like poets and travelers of past centuries.