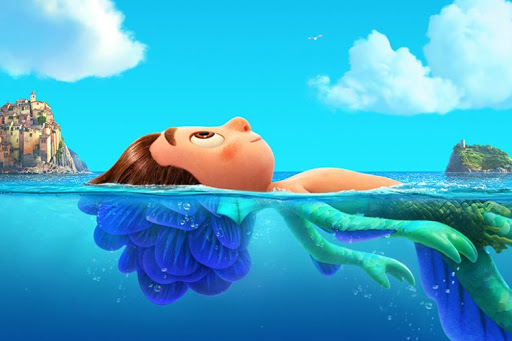 Judging by the trailer Luca, the new Pixar animation colossal set in the Cinque Terre, will be a success. Sequences from which the author’s great love for the land of origin and a precise reconstruction of the places shines through.

Enrico Casarosa, Genoese storyboarder and naturalized in the States, with films such as Cars, Ratatouille, Coco and Up to his credit, thus signs his first animated film as a director, the first time for an Italian with Pixar: a story inspired by his childhood in Liguria of many years ago.

The memories of children’s holidays are intertwined with a varied roundup of local characters, old men, housewives, fishermen, caught in their classic gruff and tender attitude, like true Ligurians. Adventures in an uncontaminated marine world, where fantastic creatures and a rich fish fauna meet, in the terraces and between the dry stone walls; in the alleys of the splendid Cinque Terre villages with houses with colorful facades climbing the cliffs.

Luca is a sort of alter ego of the director, a little boy who enjoys his summer in the Cinque Terre, a holiday made of freedom and adventure and a new friendship with Alberto; those friendships that mark, that last a lifetime and that hide a great secret. Luca will be released on all Italian screens in June.

Cinque Terre Ferries, a new shipping company that offers original excursions to reach and get to know the Cinque Terre and Portovenere.